To avoid differences in car body height and hazardous gaps between tram and platform when passengers are boarding and alighting, HANNING & KAHL has added a system for levelling tram cars to its product portfolio. The first series vehicles have now been equipped with the system and are in successful passenger operation.

The levelling system ensures that car bodies are kept at a defined level in all operating states and circumstances. Several functions are integrated such as automatic adjustment of wheel tyre wear, compensation of the primary springs in the bogie, as well as levelling of changes in height (caused by passenger change). Position, travel and pressure sensors are used to control and monitor levelling so that wayside and vehicle-dictated clearance limits are kept, thus guaranteeing operational safety at all times.

Below you find an overview of all operating modes:

In general, the overall system consists of the following five main components:

To avoid differences in car body height and hazardous gaps between tram and platform when passengers are boarding and alighting, HANNING & KAHL has developed a system for levelling tram cars.

The levelling system is illustrated here with the example of a three-car vehicle whose car bodies rest on three bogies. Two lift cylinders (HYHZ) on each bogie side are hydraulically activated via a valve control unit (HVU). The necessary pressure is provided by a hydraulic power unit with enlarged tank and external pressure accumulator which also supplies the hydraulic brake. Position, travel, and pressure sensors forward their signals to the electronic control unit (LCU) which passes the resulting commands to the valve control unit and thus closes the circle.

The following objectives have been met with the levelling system:

With the HANNING & KAHL levelling system, you are ideally prepared for the future requirements of DIN 18040 (max. permissible difference in height between vehicle and platform of 50 mm). 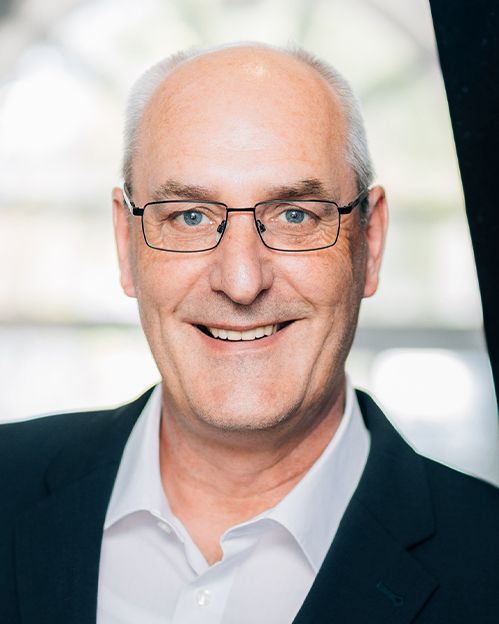 Head of Sales and Project Management